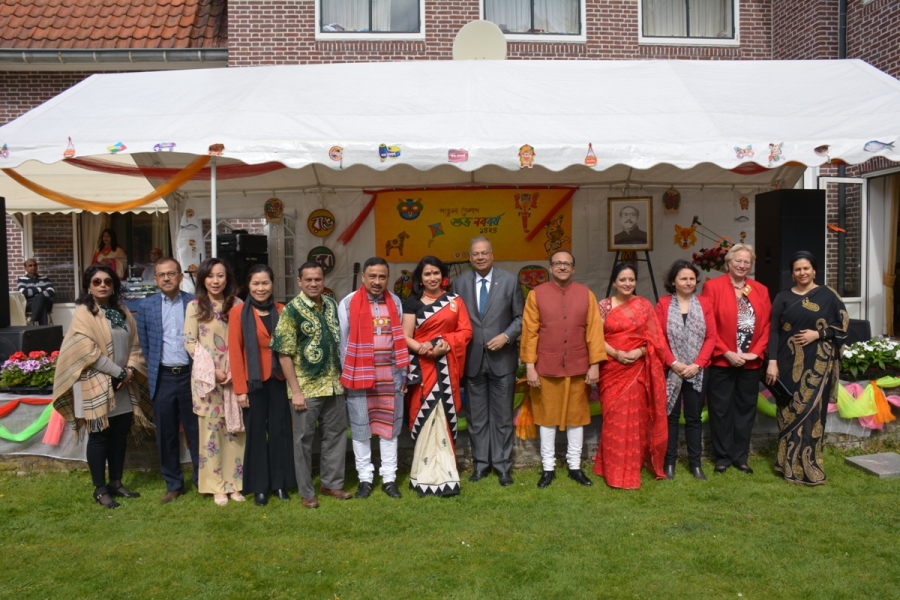 About 500 people gathered at the Bangladesh House in the Netherlands today to celebrate Bangla New Year and to take part in UNESCO recognized first ever Mangal Shovajatra (New Year Peace Rally) in Netherlands. Locals and expatriate Bangladeshis have highlighted the theme of the celebration i.e. Culture for Peace through the Peace Rally. The performance of local and guest artists enthralled the audience where Deputy Mayor of the Hague Mr. Rabin Baldewsing, Foreign Ministry officials, Ambassadors of India, Srilanka, Malaysia, Vietnam and Yemen were in the audience. In addition to local NRBs in the Netherlands, Bangladeshis from Belgium, Sweden, Germany, UK among others, also participated in this mega celebration.

The residence of Bangladesh Ambassador known as Bangladesh House in Wassenaar was beautifully decorated with motifs, balloons, festoons, posters, banners to beam an aura of Bengali culture befitting the day. All Bangladeshis on this spring morning, adorned themselves indistinct colorful Bengali dress while ladies drew mehendi tattoos and children roamed with paints in their faces. 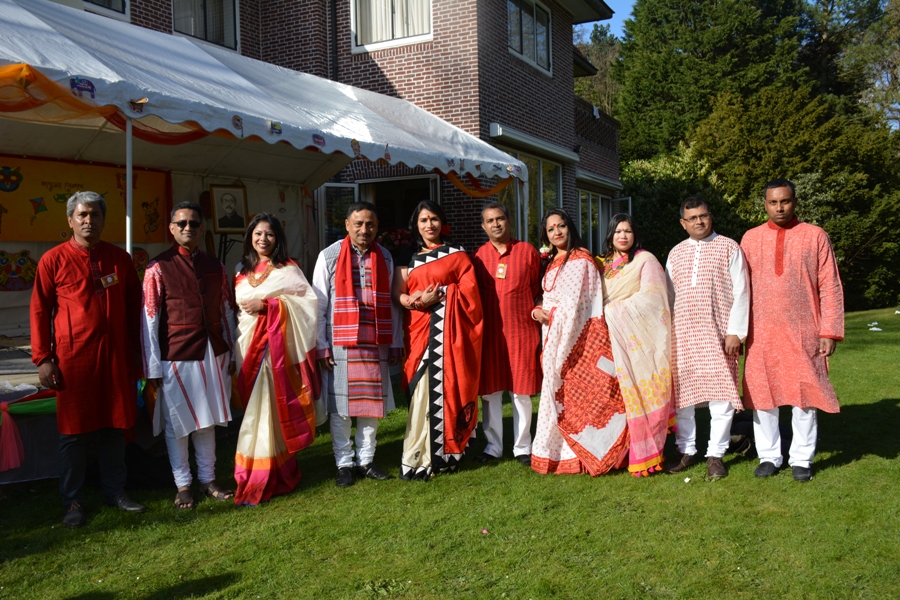 Mr. Rabin Baldewsing, Deputy Mayor of The Hague highly appreciated the initiatives of the Embassy of Bangladesh. In his speech Deputy Mayor stressed on the necessity of diversity and inclusion. Ambassador of Bangladesh in the Netherlands Sheikh Mohammed Belal introduced the celebration as the most universal and secular festivals of Bangladesh. He referred to the recognition of Mangal Shovajatra by UNESCO and termed it as a big achievement. Ambassador Belal urged the non-resident Bangladeshis to follow the best practices of the developed world and introduce in Bangladesh for making a prosperous Bangladesh.

In the cultural programme, performance of the children was appreciated by all. Performance of the expatriate Bangladeshi artists has made the audience spell-bound. Performance of the local band Trimatrik drew lot of appreciation from the audience. As usual the crowd especially children with colourful dress and painted faces did not miss the opportunity to dance with the music. Local vendors put up stalls to serve Bangladeshi cakes and other cuisine to the visiting participants. Lunch, stuffed with Baishaki menu, were served to all the audience. Sweets of different kinds, cakes, pithas etc. were also served to the guests. 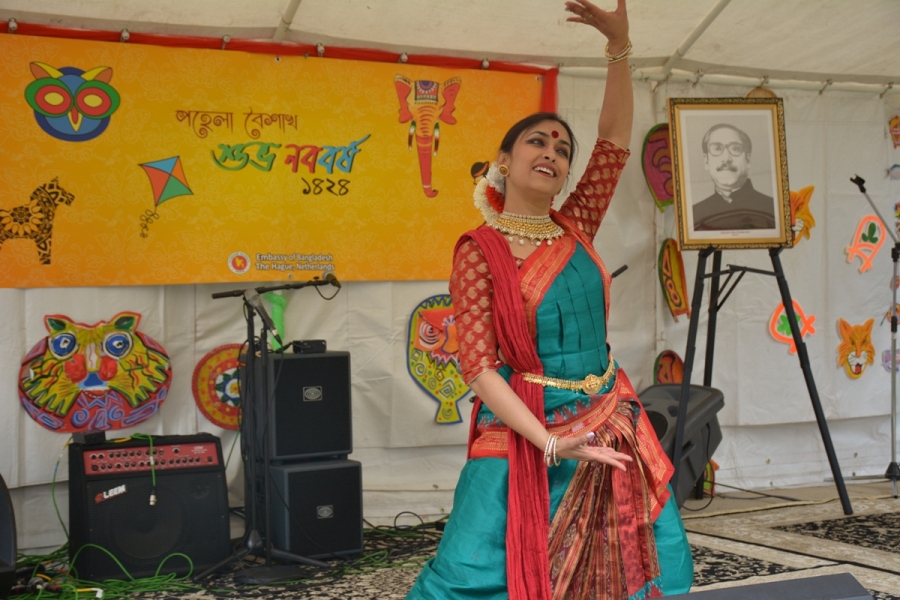 As the significant presence of the Dutch society in traditional Bangla dress was an attraction, everybody chanted the slogan of solidarity and peace throughout the day.